Aging: How to Slowing Down Aging

At a certain age, for many, their body starts feeling like it’s falling apart.
Medications pile up, doctor’s appointments fill the calendar.
Aging is inevitable, but what if it wasn’t?

Great news about aging that probably most of us don’t know is we actually have a lot more control over the aging process than we think.

Let’s take a look at the latest science and how it might be possible to slow our own aging.
According to Dr. Levine’s upcoming book “True Age,” we have two ages: our chronological age, the one we celebrate at our birthdays, and our biological age, our body’s lifespan.

Biological age can be defined as the state of decline or the state of divergence that your body has undergone as a function of time.

Lethargy, graying, balding, wrinkling, dementia, playing bingo, we know the symptoms of aging, but what causes it?

As we age, our cells change a lot of their states and they can actually transition to different kinds of cells.
One type of cellular state is what’s called senescence.
Various types of cells can convert to this, and a lot of people refer to senescent cells as zombie cells.
That’s because these are cells that due to some stress basically lose the ability to proliferate or to make copies of themselves, so they’re no longer gonna generate new cells.
At the same time, these cells are resistant to death.
When cells undergo some damage, one way to prevent cancer is that damaged cells are just gonna commit suicide and be taken out of the body.
But senescent cells, they remain in the body, so they’re not dead, but they’re also not proliferative.
So this is why people refer to them as zombie cells.

Some people believe that senescent cell accumulation is the main driver of aging, that this drives the inflammation that we see with aging, which ultimately is driving the dysfunction that arise throughout our bodies.
Is still debatable whether senescence is truly driving it, but there is some interesting experiments giving some evidence to this.
So people can actually take cells and have actually injected them into mice, and what you see is that this actually can shorten the lifespan of a mouse.
They’re constantly excreting a bunch of pro-inflammatory cytokines and also growth factors.
They can also make the neighboring cells prone to becoming cancerous.
As more and more of these senescent cells accumulate in tissues, we see a lot of tissue dysfunction.
People think that this is actually contributing to various age-related conditions that we see.
The average 30-year-old chronologically is probably 30 years old biologically, but you have some distribution where you have probably about half of your 30-year-olds are gonna be older biologically than they are chronologically, and another half which is younger.

Scientists have defined what we call hallmarks of aging, molecular or cellular changes that we see tend to track with the aging process.
There’s two different types of data you can use to estimate your biological age.
One might be your clinical data, the basic lab tests that you might go get from your doctor’s office.

This is basically what you’re getting when you have a yearly physical and the doctor screens your cholesterol, thyroid, and glucose levels.

So you would get back your results and you could input it into online calculators that are already available.

One that my lab actually studies called epigenetic modifications.
This is not changes in the DNA sequence itself.
It’s the activity of genes, so something that’s happening on top of the DNA.
So it’s basically turning off or repressing certain parts of the genome while activating others.
In 2018, we developed one of these biological age measures based on epigenetics.
We measure the amount of these chemical modifications at very specific sites on your genome to actually give you your biological age.

So an epigenetic test is different from clinical blood work tests.
Epigenetics measures the stuff attached to specific locations throughout your genome.

And by looking at this pattern, we can say to someone whether they have the biological features of someone who is actually the same chronological age as them, or hopefully like someone younger than them.

We developed an algorithm that could be used to predict biological age as accurately as possible.

Now this is available to consumers.

You basically have this tube here that you would spit into, fill it up to the line, and then put it back in the box.

And it actually ships to a laboratory that’s gonna extract your DNA and measure these chemical modifications to your DNA, run it through the algorithm that we developed, and in a few weeks you get an email saying, “Here’s your biological age.”

Right now there is not cutting edge science for changing your biological age.

It’s really what your mother or grandmother or father told you.

Don’t smoke, drink moderately, get a lot of exercise, although not excessively.

Sleep, in terms of your quality of sleep, but also get enough sleep.

And try and maintain low levels of stress from day to day.

But there’s a lot on the horizon in terms of what the scientific field is discovering.

Maybe in the next decade or two we might have therapeutics to slow the aging process.

One approach centers on removing senescent cells from the body.

Scientists have been really determined to try and target and remove these cells.

There’s actually a new class of drugs that scientists are testing called senolytics, which actually target what we call the Achilles’ heel of these cells.

So the fact that these cells are resistant to death, so this is an upregulation of a certain pathway, they actually target cells that have this upregulation, kill them, and then they get removed by our immune system.

That sounds like an idea still on the horizon.

As of right now there’s no secret hack.

There are places throughout the world that we call blue zones which are these regions or hotspots of longevity, places where you have a much higher proportion of people who survive to at least 100.

These places are kind of scattered throughout the world.

There’s one in the United States called Loma Linda in California.

And people aren’t sure why these blue zones exist.

Perhaps these are areas where people have better health behaviors or perhaps even less stress.

There are definitely the shared nutritional habits of these groups.

However, it hasn’t been definitively shown whether these factors are directly responsible to the longevity advantage we see in these populations.

What about Dr. Levine Has she tried to intervene to slow her own aging?

I have measured my biological age repeatedly over the last year.

I ended up being younger biologically than I was chronologically,

but given how much effort I put in, it wasn’t really where I wanted it to be.

So now over the next year I’m really making an effort to be much more rigorous to see if I can actually figure out how to get that number even lower.

We all know what our lifespan means, right?

It’s the amount of time you’re going to be alive.

But more important than lifespan is something that aging researchers call health span, the amount of time in your life without any disease

or without the onset of the physical impairments that tend to be associated with aging.

And when we talk about intervening in the aging process, this is what we’re actually trying to extend.

We don’t want to just keep people living longer in an unhealthy state.

We want to keep them living longer in the healthiest state possible for as long as possible.

Previous Debt relief solution :3 Ways to Consolidate, Deal with, and Get Rid of Debt 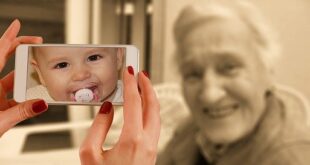 REVERSE AGING: How To Extend Your Lifespan OVER 120+ YEARS

Powered by BuyUtter | Designed by Beyond Technology
© Copyright 2022, All Rights Reserved
We use cookies on our website to give you the most relevant experience by remembering your preferences and repeat visits. By clicking “Accept All”, you consent to the use of ALL the cookies. However, you may visit "Cookie Settings" to provide a controlled consent.
Cookie SettingsAccept All
Manage consent