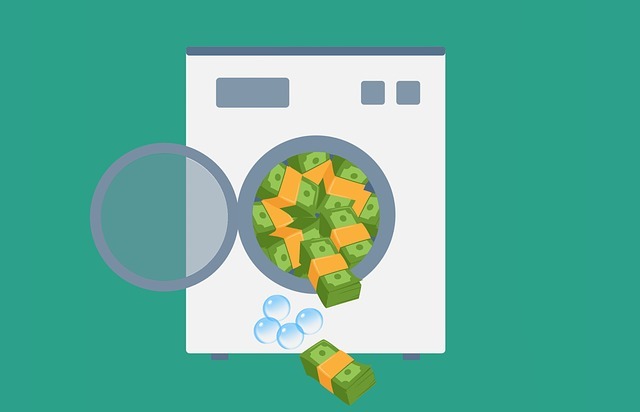 What is money laundering?

It is one of the economic crimes or white collar crime that entail legal penalties, and this process is based on transferring assets and funds resulting from illegal acts such as thefts, drug smuggling, people smuggling, human trafficking and tax evasion into legal assets and funds ostensibly, to hide the real source that comes from these funds.

3 stages of money laundering:
Deposit stage: In this stage, a large amount of illegal money is disposed of by following multiple methods aimed at placing the illegal money in a legal financial system, but those responsible for the money laundering process often face great difficulty at this stage, because they are vulnerable to discovery , especially since the amount of money is large, and attracts attention, they sometimes resort to deception by issuing false invoices, operating money in cash-only businesses, opening bank accounts in foreign banks, or even establishing small businesses in other countries.

Camouflage stage: It is the blackout stage carried out by money launderers, so they begin to separate the money to be laundered from its illegal source, by carrying out a set of complex operations that take the pattern of legitimate banking operations, and the purpose of which is to make the process of tracing the original source of those illegal funds practical, and the most important thing they do at this stage is buying real estate, jewelry and all kinds of luxury properties that can be sold later and recording the money as the money generated from the sale of assets, and this stage can also appear in the form of buying foreign currencies or trading in foreign currencies.

Consolidation stage: It is the last stage of money laundering operations, where these funds are legalized, and it is called the drying stage. It is difficult at this stage to distinguish between legitimate and illegal money except by conducting secret research and planting informants among the gang members that launder money.

Reasons for doing money laundering:
Increase profits: by investing illegal money in various business ventures.
Hide the money: so criminals can avoid the authorities taking over the money.
Avoid Prosecution: To keep criminals out of legal accountability for illicit funds as well as with the help of white collar crime lawyers.
Tax evasion: To avoid paying taxes on profits.
Legalization of funds: to be of a legal nature when undertaking projects and works.

White collar crime is a term given to non-violent and financially motivated crimes by businessmen and influencers. In criminology, sociologist Edwin Sutherland first defined the term in 1939 as “a crime committed by an individual of the highest social strata of high standing within his profession”. White collar crimes include: fraud, bribery, Ponzi schemes, insider trading, embezzlement, cybercrime, copyright infringement, money laundering, impersonation and counterfeiting.

It is the execution of transactions to convert illegally obtained money into ultimately legal money. Even though you as a business adhere to the rules, this does not mean that your partners and business associates are bound by the same anti-money laundering compliance laws as you.