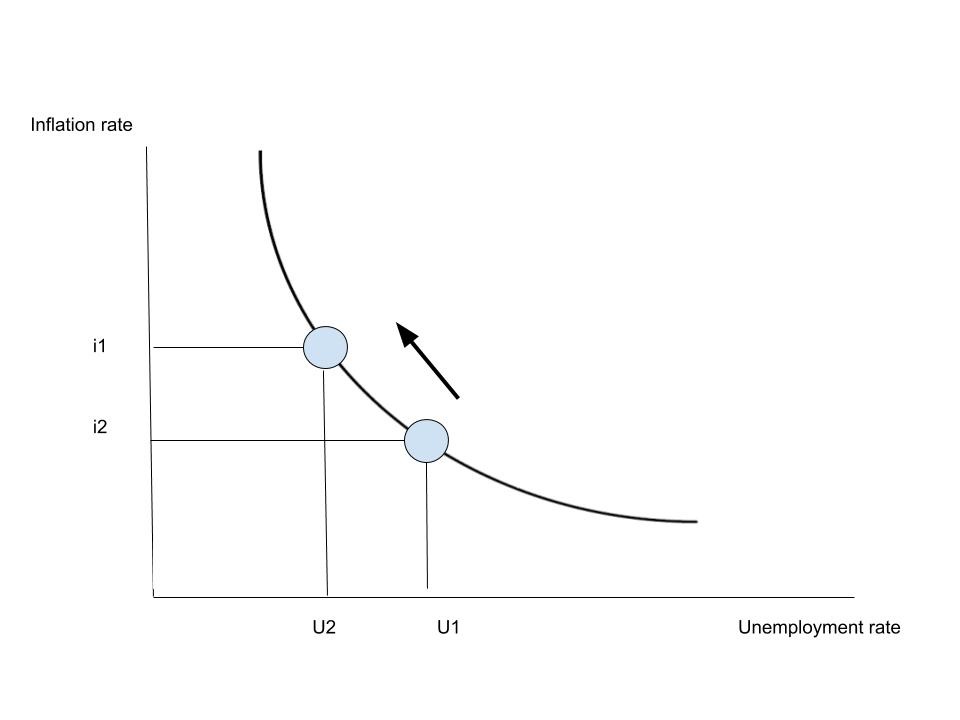 The Phillips curve is defined as one of the economic concepts developed by (Alban William Housego Phillips), which explains the relationship between unemployment and inflation as inverse and stable, and the theory states that economic growth is accompanied by inflation, and thus jobs increase, which reduces the unemployment rate. formulating economic policies.

The Phillips curve is based on helping to change unemployment in the economic situation through the effects that it can bring about through price inflation expectations. Inversely, an increase in inflation decreases the unemployment curve, and vice versa.

The prevailing concept in the sixties to reduce unemployment is a generalization of the belief that financial incentives can increase the overall demand for work, and thus the need for employees increases, and this reduces the unemployment rate, and raises the wage rate by companies as a kind of competition.

But the stagnation of economic inflation that occurred during the 1970s led to a little confusion in the original concept; due to high levels of inflation and unemployment.

History of the Phillips Curve

The history of the Phillips curve dates back for the first time in the late 1950s in the United Kingdom, but it was later applied to the economy in the United States of America, and the theory was later tested by economists who provided models and clauses that could limit the rise in inflation and control the labor market.

The research done by William Phillips on “The Relationship Between Unemployment and the Rate of Change in Money Wage Rates in the United Kingdom” has shown an inverse relationship in which he describes changes in unemployment and wages in the British economy.

Since its first appearance by economists in the United Kingdom, the Phillips curve has been seeking to reduce unemployment and increase the rate of employment in companies, as the labor market at that time was very controlled in economic conditions, which led to an increase in wages for labor by companies with a large company ; To attract scarce workers.

At that time, high unemployment rates led to alleviating the pressure on companies. This was facilitated by the Phillips curve, which shows the average relationship between wages and unemployment during the business cycle.

It also shows the resulting inflated wages rate if the unemployment period continues for a period of time, so economists have used Phillips curves to analyze many advanced and future economic activities.